Look back in time, look into the future. Look differently. 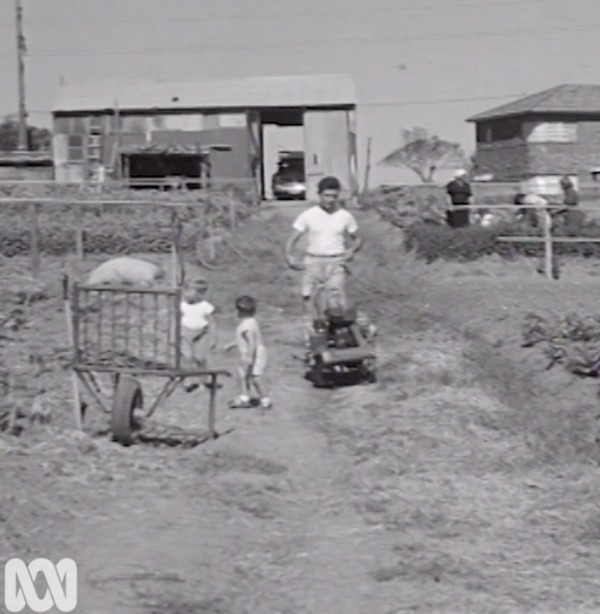 There's something about Parramatta.

Once you start to uncover its stories, you can't stop trying to find them.

Named after the original inhabitants the Burramattagal people, Parramatta is a place of gathering since time began. A place where where the river meets the saltwater. A place where 'eels lie down'; where the Dharug people first traded with Europeans, exchanging fish for salt beef and bread. A place where traditional methods of fire-based land management by the Barramattagal created a landscape that looked almost European. Where recent British arrivals saw fit to establish the seat of colonial rule.

Parramatta holds within it the stories that have shaped the nation. A place where British systems of governance were enforced, often cruelly; where ancient trees continue to grow; where traces of different times continue to be unearthed, discarded, treasured.

Parramatta is also changing fast. In recent years, the streetscape of the Parramatta CBD has changed almost beyond recognition. With this change, some experience a sense of great loss. For others, new developments signal opportunity, hope, and a place that feels like home. As put by Meihua Gong, Parramatta's 2015 Citizen of the Year:

“Collectively, we share a firm responsibility to shape the ever-evolving narratives of Parramatta’s unique cultural story.”

Parramatta's unique stories are what led the team behind STORYBOX to launch in this city. STORYBOX co-founder, Dr. Sarah Barns, has written about the need to Reimagine Parramatta and its emerging cultural identity not only through the lens of its heritage, which is vital, but also

as a place shaped by what the urbanist Jan Gehl calls the 'life between buildings'. The writer, Felicity Castagna, who lives in Parramatta and grew up here, likes to call Parramatta an 'every-where people kind of place', and she describes its everyday scenes in a book titled 'The Incredible Here and Now'. She also worries, with all the changes happening so fast, where all its stories 'will go to live'.

The stories won't go away, but we hope STORYBOX can, at least for awhile, be a place for them to linger a while.

How you can work with us

While lockdown means we can't launch our STORYBOX digital cube outdoors for awhile, we'll be using the time we have to connect with local storytellers, residents and artists.

Find out more about how you can contribute to the STORYBOX Parramatta project here.

STORYBOX PARRAMATTA is a partnership project led by digital placemaking studio ESEM Projects, with support from the City of Parramatta. We're thrilled to be supported by the ABC Content Ideas Lab as our anchor content partner, along with Western Sydney University,  Story Factory, and Curious Works.

Explore some of our different Parramatta portals, created by our STORYBOX Parramatta partners.

Leanne Tobin is a Darug artist and educator, who works extensively in Parramatta and across Western Sydney from her base in the Blue Mountains. Leanne, along with her brother Chris, sister Jacinta, and many others in her family, weave stories of connection to country and of dispossession with passionate advocacy of environmental and social justice. Her mother, Val, grew up in Parramatta, learned to swim out a Little Coogee in Parramatta Park, and only discovered her Aboriginal heritage when a grown woman. She will be sharing her stories with us as part of the STORYBOX project over the coming months.

Along with Leanne, there are many others who devoted their care and creativity to Parramatta's evolving story. We'll be sharing some collected insights from these storytellers and writers over the coming months.

The Mangroves of Parramatta River.

Parramatta is a place defined by its river. Its name refers to the original inhabitants, the Barramattagal, a name thought to be derived from the Aboriginal word for 'place where the eels lie down'. This place name speaks to the vital role played by river systems in supporting rich food ecologies. Mangroves, like those along the river, are also excellent at storing carbon, both in plants and in the sediments below: they can store 5 times more carbon in their soils than terrestrial ecosystems such as forests. This piece, designed for exhibition in the new city centre of Parramatta Square, creates a portal into the freshwater river scenes that have sustained this place for millennia.

Parramatta is a city once described as the 'infrastructure capital of the world' by former NSW Premier Mike Baird. Suburban streets and single story office buildings are making way for multi-story apartment blocks wherever one looks.  Richard's line drawings have an affinity for both the everydayness and the beautiful complexity of these rapid changes. ESEM Projects and Richard Briggs have collaborated together on many outdoor exhibitions, creating interwoven scenes of past and present that celebrate the beautiful and chaotic complexity of cities in transition.

This artwork is a collaboration between Esem Projects and Richard Briggs, commissioned for Storybox Parramatta.

What's the story behind STORYBOX?